Why ‘Useless’ Surgery Is Still Popular

Before a drug can be marketed, it has to go through rigorous testing to show it is safe and effective. Surgery, though, is different. The Food and Drug Administration does not regulate surgical procedures. So what happens when an operation is subjected to and fails the ultimate test — a clinical trial in which patients are randomly assigned to have it or not?

The expectation is that medical practice will change if an operation turns out not to help.

It looks as if the onus is on patients to ask what evidence, if any, shows that surgery is better than other options.

Take what happened with spinal fusion, an operation that welds together adjacent vertebrae to relieve back pain from worn-out discs. Unlike most operations, it actually was tested in four clinical trials. The conclusion: Surgery was no better than alternative nonsurgical treatments, like supervised exercise and therapy to help patients deal with their fear of back pain. In both groups, the pain usually diminished or went away.

The studies were completed by the early 2000s and should have been enough to greatly limit or stop the surgery, says Dr. Richard Deyo, professor of evidence-based medicine at the Oregon Health and Sciences University. But that did not happen, according to a recent report. Instead, spinal fusion rates increased — the clinical trials had little effect.

Spinal fusion rates continued to soar in the United States until 2012, shortly after Blue Cross of North Carolina said it would no longer pay and some other insurers followed suit.

“It may be that financial disincentives accomplished something that scientific evidence alone didn’t,” Dr. Deyo said.

Other operations continue to be reimbursed, despite clinical trials that cast doubt on their effectiveness.

In 2009, the prestigious New England Journal of Medicine published results of separate clinical trials on a popular back operation, vertebroplasty, comparing it to a sham procedure. They found that there was no benefit — pain relief was the same in both groups. Yet it and a similar operation, Kyphoplasty, in which doctors inject a sort of cement into the spine to shore it up, continue to be performed.

Dr. David Kallmes of the Mayo Clinic, an author of the vertebroplasty paper, said he thought doctors continued to do the operations because insurers pay and because doctors remember their own patients who seemed better afterward.

“When you read a study, you reflect on whether it is representative of your patient population,” Dr. Kallmes said. “It is easy to conclude that the answer is ‘no.’ The mean age in the study is different or ‘I do it differently.’” 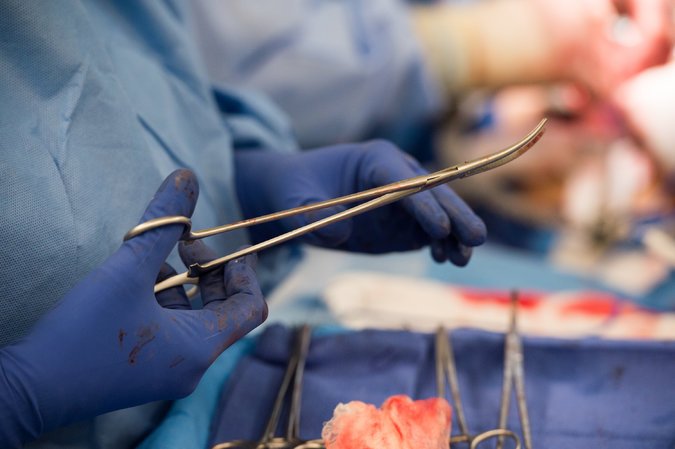 “I think there is a placebo effect not only on patients but on doctors,” Dr. Kallmes adds. “The successful patient is burned into their memories and the not-so-successful patient is not. Doctors can have a selective memory that leads them to conclude that, ‘Darn it, it works pretty well.’”

The latest controversy — and the operation that arguably has been studied the most in randomized clinical trials — is surgery for a torn meniscus, a sliver of cartilage that acts as a shock absorber in the knee. It’s a condition that often afflicts middle-aged and older people, simply as a consequence of degeneration that can occur with age and often accompanying osteoarthritis. The result can be a painful, swollen knee. Sometimes the knee can feel as if it catches or locks. So why not do an operation to trim or repair the torn tissue?

About 400,000 middle-aged and older Americans a year have meniscus surgery. And here is where it gets interesting. Orthopedists wondered if the operation made sense because they realized there was not even a clear relationship between knee pain and meniscus tears. When they did M.R.I. scans on knees of middle-aged people, they often saw meniscus tears in people who had no pain. And those who said their knee hurt tended to have osteoarthritis, which could be the real reason for their pain.

Added to that complication, said Dr. Jeffrey N. Katz, a professor of medicine and orthopedic surgery at Harvard Medical School, is the fact that not everyone improves after the surgery. “It is not regarded as a slam-dunk,” he said. As a result, he said, many doctors have been genuinely uncertain about which is better — exercise and physical therapy or surgery. That, in fact, was what led Dr. Katz and his colleagues to conduct a clinical trial comparing surgery with physical therapy in middle-aged people with a torn meniscus and knee pain.

The result: The surgery offered little to most who had it. Other studies came to the same conclusion, and so did a meta-analysis published last year of nine clinical trials testing the surgery. Patients tended to report less pain — but patients reported less pain no matter what the treatment, even fake surgery.

Then came yet another study, published on July 20 in The British Medical Journal. It compared the operation to exercise in patients who did not have osteoarthritis but had knee pain and meniscus tears. Once again, the surgery offered no additional benefit.

An accompanying editorial came to a scathing conclusion: The surgery is “a highly questionable practice without supporting evidence of even moderate quality,” adding, “Good evidence has been widely ignored.”

So what should patients be told? Should they even be offered the surgery?

Patients should be told that physical therapy is a good first-line therapy for pain relief, Dr. Katz said, but that surgery also relieves pain. Pain relief can take longer with physical therapy, he says. With surgery, he said, patients have to recover from the operation but are likely to be back at work within two weeks.

“At the end of the day,” he said, “patients ought to choose.”

Of course, how they choose might depend on how the choice is presented.

Here’s how Dr. Gordon H. Guyatt, a professor of medicine and epidemiology at McMaster University in Hamilton, Ontario, who wrote the editorial in The British Medical Journal, would deal with the clinical trial data:

“I personally think the operation should not be mentioned,” he says, adding that in his opinion the studies indicate the pain relief after surgery is a placebo effect. But if a doctor says anything, Dr. Guyatt suggests saying this: “We have randomized clinical trials that produce the highest quality of evidence. They strongly suggest that the procedure is next to useless. If there is any benefit, it is very small and there are downsides, expense and potential complications.”

Hearing that, he says, “I cannot imagine that anybody would say, ‘Go ahead. I will go for it.’”