Get Up, Stand Up! 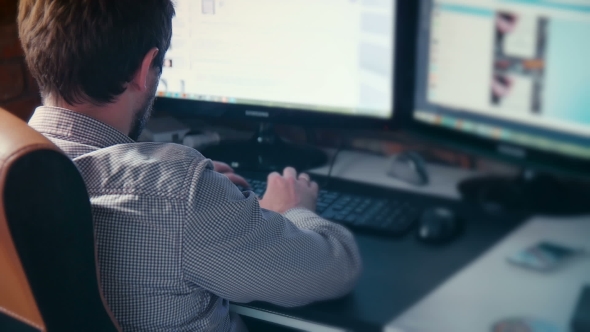 Too much time spent in a chair could shorten our lives, even if we exercise, according to a study that uses objective measures to find the links between lengthy sitting time and death among middle-aged and older adults.

More hopefully, the study also suggests that we might be able to take steps to reduce our risks by taking steps every half-hour or so.

Most of us almost certainly have heard by now that being seated and unmoving all day is unhealthy. Many past epidemiological studies have noted that the longer people sit on a daily basis, the likelier they are to develop various diseases, including obesity, diabetes and heart disease. They also are at heightened risk for premature death.

This association between sitting and ill health generally remains, the past science shows, whether people exercise or not.

But most of these studies have relied on people’s memories of how they spent their time on any given day, and our recall about such matters tends to be notoriously unreliable. The studies also usually have focused on the total number of hours that someone sits each day. Some scientists have begun to wonder whether our patterns of sitting — how long we sit at a stretch and whether, when, and how often we stand up and move — might also have health implications. And they have questioned whether gender, race or weight might alter how sitting affects us.

So for the new study, which was published this week in Annals of Internal Medicine, scientists from Columbia University in New York City and many other institutions turned to an extensive database of existing health information about tens of thousands of Caucasian and African-American men and women 45 or older who were part of a study of stroke risk.

The participants had undergone a battery of health tests and about 8,000 of them also had worn accelerometers for a week to track their daily movements.

Accelerometers are, of course, an objective measure of how much and often someone sits, exercises or otherwise moves about. They do not hedge about those hours you spent sprawled on the couch binge-watching “30 Rock.”

The scientists pulled the records for the accelerometer group.

They then stratified these participants into various groups, depending on how many hours per day each person had sat, as well as how long each of the bouts of sitting had continued, uninterrupted — 10 minutes? 30 minutes? 60 minutes? more? — and how much time, if any, they had spent exercising (mostly with walks).

Finally, they checked these records against mortality registries, looking for deaths that had occurred within about four years of the participants having worn the accelerometers and completed other health tests.

Even in this short time frame, there were deaths. About 5 percent of the participants of all ages had died during the follow-up period. (The scientists discarded any data from people who had died within a year of their testing, since they might have had an underlying illness that increased their fatigue and prompted them to sit often.)

The scientists then found strong statistical correlations between sitting and mortality. The men and women who sat for the most hours every day, according to their accelerometer data, had the highest risk for early death, especially if this sitting often continued for longer than 30 minutes at a stretch. The risk was unaffected by age, race, gender or body mass.

It also was barely lowered if people exercised regularly.

But interestingly, the risk of early death did drop if sitting time was frequently interrupted. People whose time spent sitting usually lasted for less than 30 minutes at a stretch were less likely to have died than those whose sitting was more prolonged, even if the total hours of sitting time were the same.

In essence, the data showed that “both the total hours spent sitting each day and whether those hours are accrued in short or long bouts” of physical stillness influenced longevity, says Keith Diaz, an assistant professor of behavioral medicine at Columbia University, who led the new study.

The results also indicate that if you must be chair-bound for much of the day, moving every 30 minutes or so might lessen any long-term deleterious effects, he says, a finding that adds scientific heft to the otherwise vague suggestion that we all should sit less and move more.

This study was, however, associational. It cannot prove that too much sitting undermines health, only that the two were linked. It also used data about deaths from any cause, which might have included automobile or other accidents unlikely to have been affected by sedentary time. And the accelerometers could not readily distinguish between sitting and standing, Dr. Diaz says, so the “breaks” in sitting time in this study always involved walking about and not merely standing up.

In future randomized experiments, Dr. Diaz and his colleagues hope to better parse how often and how much people need to move during breaks in order to lessen sitting’s risks, and whether standing by itself is effective or we must move about.

In the meantime, consider setting an alert on your phone or computer to ping every half-hour and remind you that now would be a good time to get up and move. You might try to time your stand-up breaks as a chance to do something you wanted to do anyway — get a cup of coffee, grab something from the printer, or simply walk across the room to talk to a colleague face-to-face.